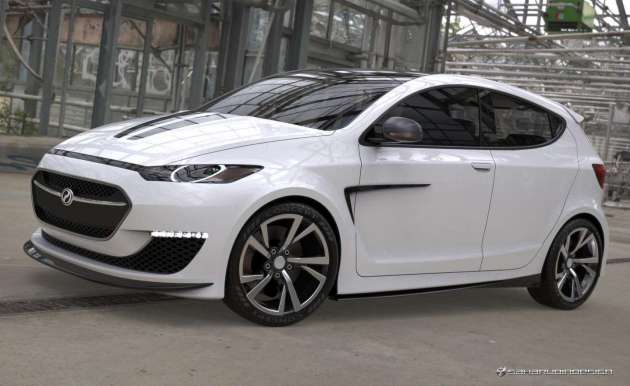 MIMOS design head Saharudin Busri is back with another 3D rendering of what he imagines the next-generation Perodua Myvi could look like. His latest creation is an alternative to another Myvi G4 concept that he presented last April, so discuss in the comments which one you think looks more appealing.

At first glance, it is clear to see that the white concept is radically different in appearance when compared to Saharudin’s previous creation. While still sporty and modern, the new Myvi G4 concept doesn’t appear to come with a full-width light bar at the front. Instead, a slim black panel links the two headlamps, which feature round daytime running lights and rounded edges. 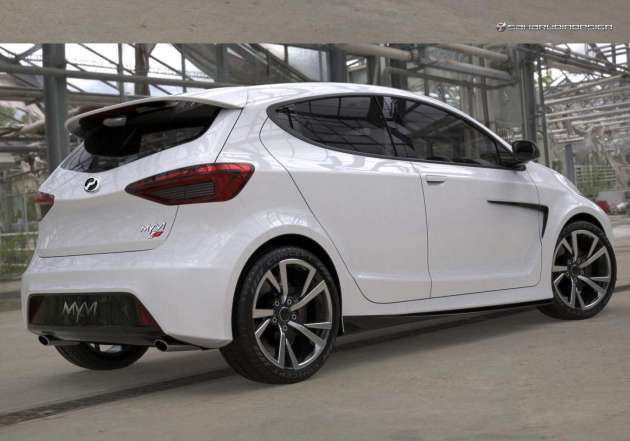 The main grille also protrudes more than on the red concept and has a hexagonal shape rather than being trapezoidal. This also sees the addition of a U-shaped lower intake that ends at horizontal LED light strips.

Meanwhile, the bonnet looks to have a slight power bump highlighted by black stripes leading into the gently curved windscreen. The sides also have some interesting details, including air vents just aft of the front wheel arches as well as flush door handles, which are of different design than the red concept as the handle is still visible – the rear doors have their handles “hidden” near the C-pillars. One thing to note is the use of conventional side mirrors compared to slender units. 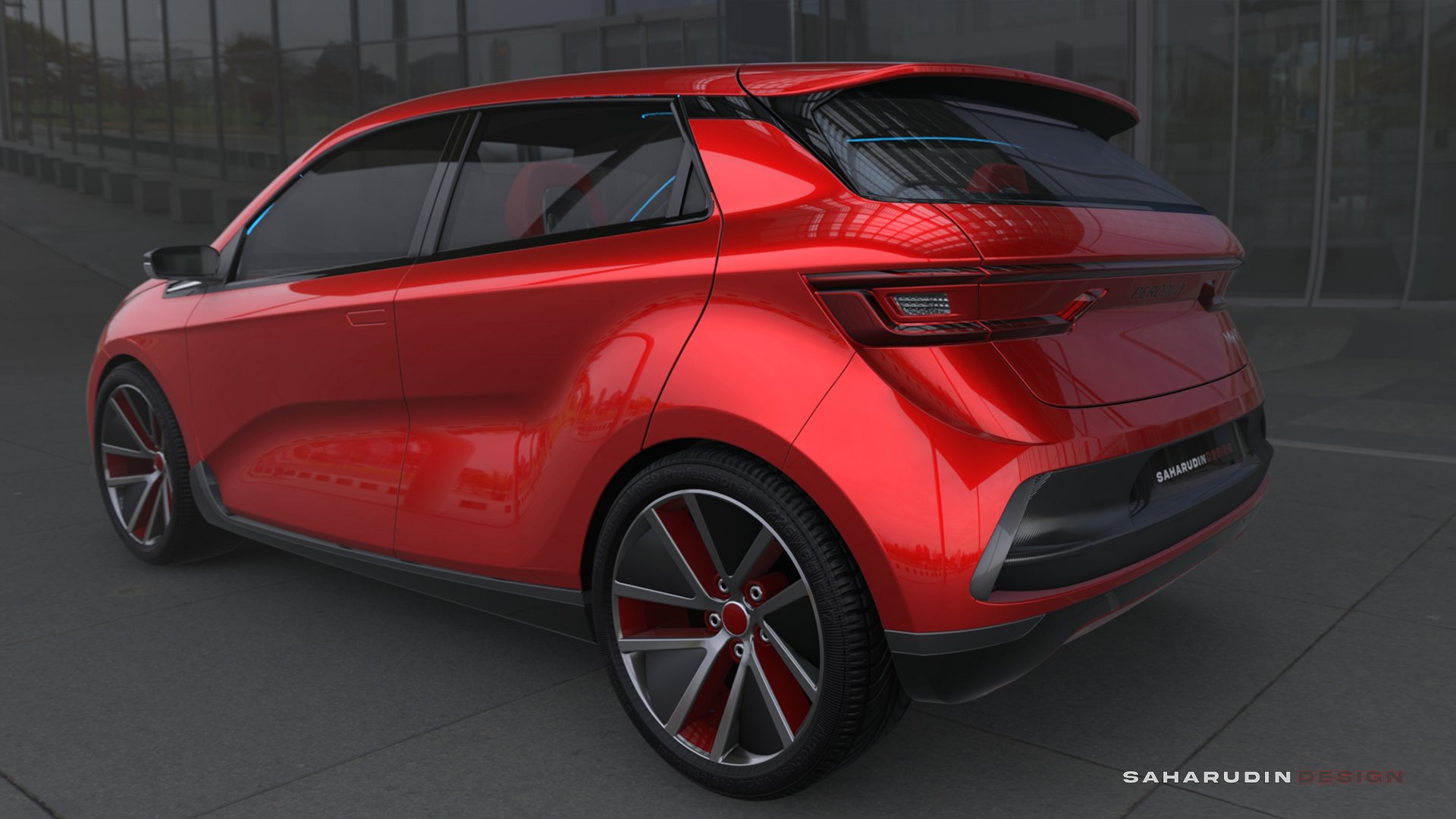 As for the rear, the Myvi G4 concept looks to the current G3, albeit evolved with more accentuated shapes. For instance, the tailgate window has a more angular profile to it, and the same also applies to the futuristic-looking taillights. This rendering depicts an AV variant that comes with visible dual exhaust pipes.

So, what do you think of Saharudin’s latest work? Do you prefer it to his red concept from before? If you like his work, do check out another creation of his, the Proton Saga Knight concept, as well as the Saharudin Design Facebook page.